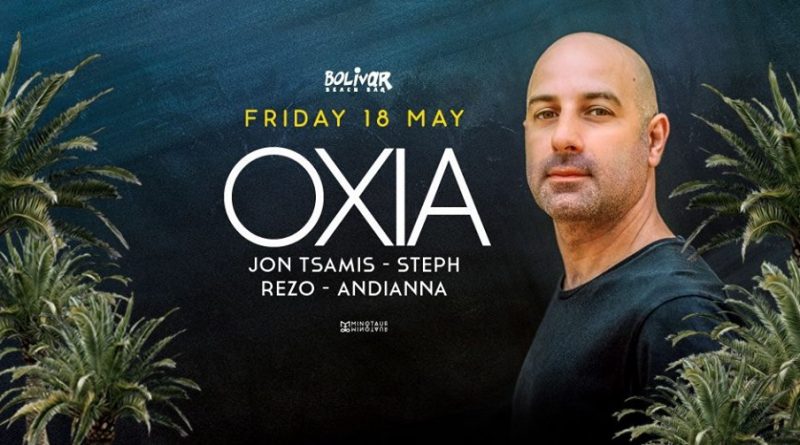 Friday 18 of May the famous French dj /producer Oxia, well known for his club anthems “Domino”, among other releases at huge labels such as Kompakt, Hot Creations, Visionquest, 8Bit, Knee Deep In Sound Suara.

After his comeback in 2016 with lot of performances on side or Marco Carola in Music On events and the creation of his own label Diversions Music, it’s more than sure that he has a lot of new surprising stuff to present such as his brand new amazing remix on Moby “Why Does My Heart Feel So Bad Oxia Remix” but also rework in his killer track “Domino” .
Support djs Jon Tsamis, Steph, Rezo, Andianna.

OXIA
Olivier Raymond, born in 1971 in Grenoble (France), got into “black music” (disco & funk) already in his early teens. During college years, Olivier’s friendship with Stephane Deschezeaux, kick started a musical journey, with a debut on a local radio station broadcasting a show dedicated to Funk … hence, only being 15 years of age, Olivier had started mixing. Olivier’s mixes were influenced by a large spectrum of music styles: Funk, italo-disco, newwave and the early Chicago and New-York house scene.

In 1995, Olivier and Stéphane met Michel Amato (The Hacker), Alex Reynaud and Kiko in Grenoble, the electronic-tuned city of France. That same year Olivier created Ozone records together with Kiko, where Oxia released the first EP. On that same stamp, Olivier also co-produced the first releases of Jack de Marseille.

Olivier never rested and went on to create a new label with The Hacker and Alexandre Reynaud in 1998. They baptized it ‘Goodlife’ in homage to the mythical Inner City track.

Olivier and Stéphane still produced several EP’s together and by the end of the century they decided to part paths (as good friends) and Olivier continued with Oxia as solo DJ act.

Oxia’s continued sound evolution gave birth to a series of EP’s & remixes on Goodlife but also on labels such as Intec, Terminal M, Monoïd… The excelling dj qualities were captured in several mix cds, and an intensive touring schedule worldwide.

A page still unfolding, Oxia released his debut solo album ‘24 HEURES’ on Goodlife in 2004. It clearly illustrated Olivier’s indebtedness to the hypnotic techno rhythms to the deep electro dynamics.

The series of strong releases & remixes is ongoing.‘Domino’ (Kompakt / 2006), became a worldwide hit played by every DJ you can possibly think of. ‘Whole Life’ (8Bit / 2009) was a killer in the underground house scene gaining the second spot ‘best tech-house production’ in the Beatport Music Awards and most charted track of that year in Resident Advisor DJ Chart.

In between there was amongst others a follow up for Kompakt, SCI+TEC, Tsuba, Soma, Time Has Changed, … and numerous collaborations with befriended artists alongside two mix compilations (5 years of Systematic in & 5 years of 8Bit).

All this hard work didn’t go unnoticed and In 2008 Oxia scored second & third spot in the Beatport Music Awards ‘Best Remix’ (with his remix of Butch’s track) and Best ‘Techno Artist’.

In 2012 Oxia releases his second album ‘Tides Of Mind’ on the French Infiné Music. On this album he works for the first time with guest singers: Miss Kittin, Mesparrow, and Scalde. Oxia decided to put aside the trendy electronic patterns and to move back to more classic but no less enjoyable House Music. With this said, the album is not shy of a deep and melodic sound that ventures to the dancefloor with a stamp of the Oxia groove. This is music conducive to daydreaming, smiling, feet-tapping and escapism … ‘Tides of Mind’ is the work of an artist who appears to enjoy a new-found sense of tranquility and is second to none in managing to convey it. During the album tour Oxia did several special LIVE performances.

By mid 2014, the Frenchman is ready with new own work and SAVED releases his “Perception” EP. Once more this release shows how Oxia masters the house and techno crossover.

By November 2014, a new mix CD compilation hit the stores. Club Kyo called upon Oxia to capture the sound of their Saturday night ‘Forward’, which rapidly became the reference point of underground house & techno in Singapore.

The story continues with several remixes & EPs on highly respected imprints such as Hot Creations, Saved, Knee Deep In Sound…

2016 starts with “Unity” on 8bit. Tight drums and rich bass carried by an airy vocal making this EP the perfect dance weapon for almost any setting.

Together with his close friend Nicolas Masseyeff, OXIA creates DIVERSIONS MUSIC. Its ethos is galvanized by their strong shared vision: to only release music that truly touches your soul and makes you dance, to embrace all styles and shades of house and techno and avoid releasing the same time-after-time-after-time… The label kicks-off in July with “Connivence EP”, a three tracker by the duo themselves.

Jon Tsamis
Back in the early 90’s, electronic music started to draw much attention in Greece.
Jon, at the age of 15 back then, was already a huge fan of it.
His first touch with the electronic underground that took place in places like storage units and parking areas.

Passing by every aspect of electronic music, Jon became loyal to tech house for the last 10 years. Jon has played music in some of the legendary music clubs of Athens, such as :
3 years resident at Luv Club Athens
Mamacas – Kalhua – Sixx- Playground – Buzz – Mezcal – Subb – Terraza –
Under- Drazel – Stereo – Danza – Senza .etc

Also , he has worked with the greatest Greek Dj’s and Producers.
Such as : Cj Jeff, Viton, Mikele, Christian Cambas,Andriano Papadea, Romylo,V.Rox, Steve Sai…

At this time Jon runs his own label Bontek and signed with famous labels such as :
Mushroom Smile Recordings ,Jekos Music,Ride Rec, Sector For Audio.

Also, he is a co-owner of RESET Athens Project with Steve Sai & Always Late.

Steph’s career is based on substance, as it is reflected from long term collaborations with the most significant clubs and his gig schedule.

His consistency, persistence and hard work can be testified by the multi roles he has for many years not only as a dj, but as a club manager, event organizer, promoter, stage manager in huge events.

He maintains a very long residency from 2006 with the number one beach club in Athens, Bolivar Beach Bar, and has performed along the most famous international djs.

You can also track him performing at the hottest clubs during the winter, and on his weekly radio show at Be Radio Athens.

As a producer he has some aces in the hole, planning to be released soon on well know labels

In combination with his innovative dj sets, Steph is ranked among the most established djs in Athens.

One thing is certain… when you spot him on the decks… you ‘ll move !!!

Rezo (Konstantinos Gkotsis) is an upcoming Dj from Greece that his restless passion for electronic music from the age of 15 made him move from the region of Messinia to the capital of Greece,Athens. to attend music production lessons and learn more about the art of DJing.
Loving every sound of dance music,his main influence is more of a housy and techy beats.

It was not long,before he started performing to some of the city’s best clubs and appearing alongside other well known greek DJs such as Dino Mfu,George Siras,Philip Z (Mikro Resident),Steph(Bolivar Resident) and more.

Andianna aka Anna Dineri is a fresh upcoming talented dj.

She is a musician and vocalis, and has formed 3 bands Los Bandannas ( Swing), Enola Str8 (Rock), Dancing Wolves ( Rock ‘N’ Roll). Furthermore she has performed along many significant artists.

As a dj she has entered dynamically, having already performed to well known clubs along with great artists as NU, Christo Z, Nikos Diamantopoulos.

The music that she loves mixing is spiritual house as she likes the musicality and the natural elements that she has distinguished.

As a restless spirit she won’t stop there…Many strong collaborations and a lot of music are on the way ! 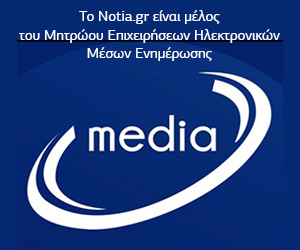 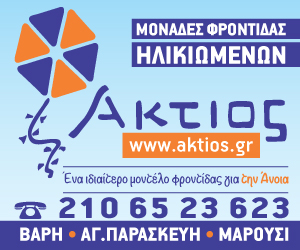 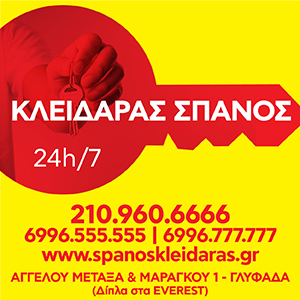 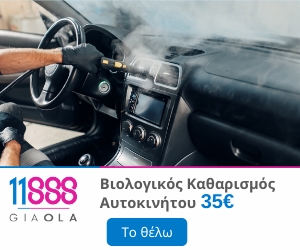 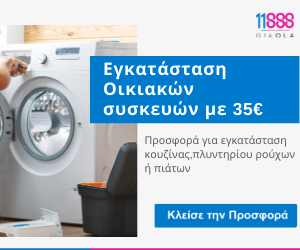 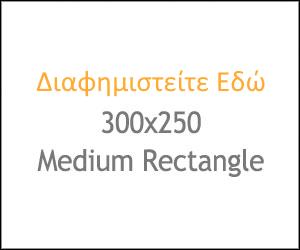 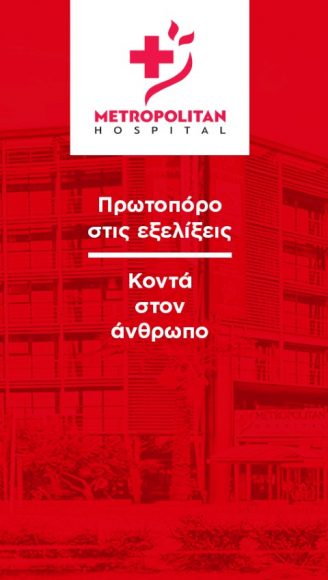